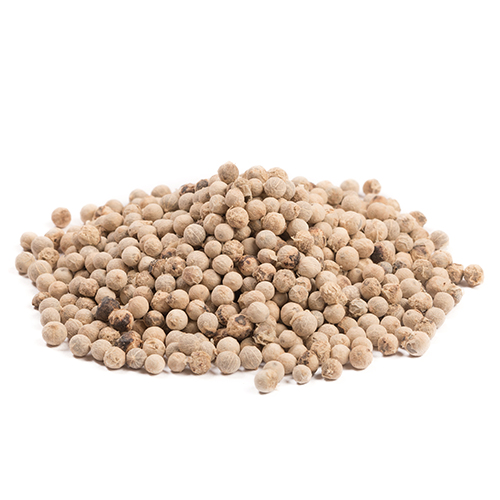 White pepper is known for its sharp bite and is used to add extra flavor to Chinese soups, marinades for meat and poultry, and spicier stir-frys. White pepper is mostly used in white sauces and dishes such as potatoes where the color of black pepper would detract from the appearance of the dish.

Sowing pepper seeds can be done, but only fresh seeds are germinated, seeds are viable for very short period. The pepper plant loves extremely humid climates where temperature never falls below 60 F (16 C). Pepper fruit is harvested before maturity and dried in the hot sun. After drying it becomes wrinkled and black. White pepper is made from fully ripe pepper berries. They are soaked in water for about 10 days, leading to fermentation then their skins are removed.